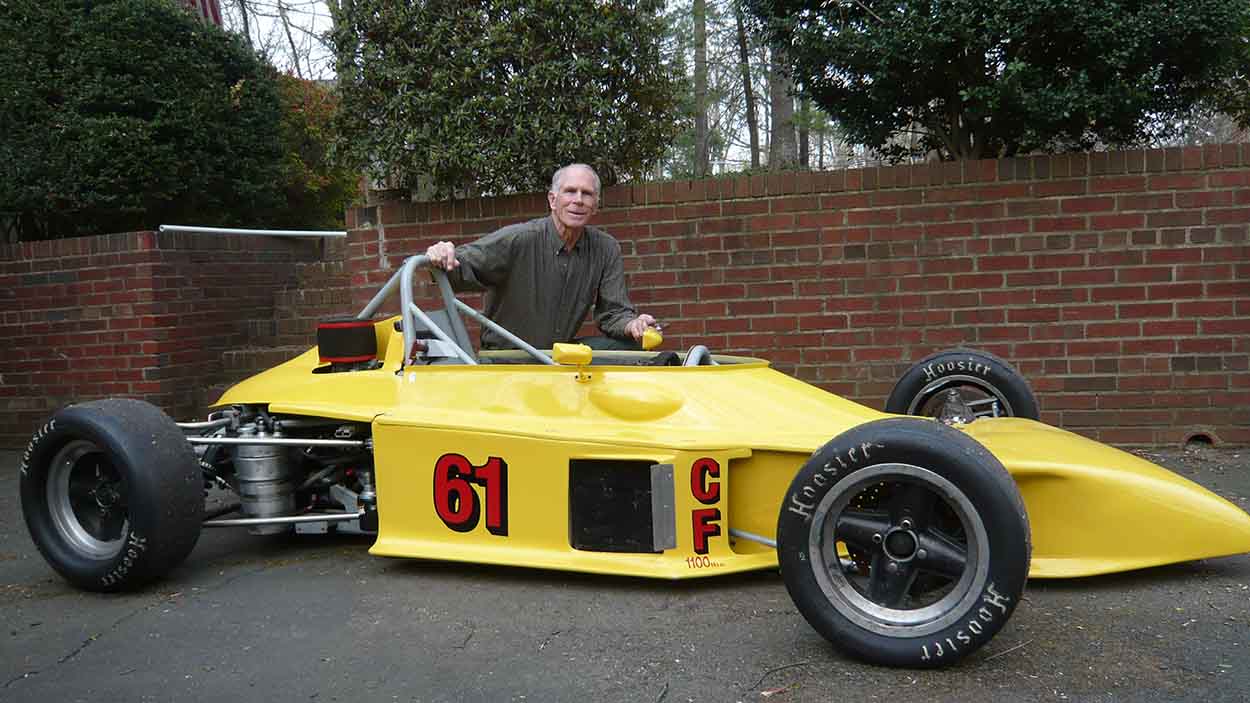 With the majority of the focus on the youngsters looking to advance up the motorsports ladder, Formula Race Promotions (FRP) is flipping the script for this feature story. Focusing on ‘The Old Guys’…errrrr, veterans of the sport, FRP will dive into the lifelong careers of three competitors that hold their own when the visors close and the green flag flies. 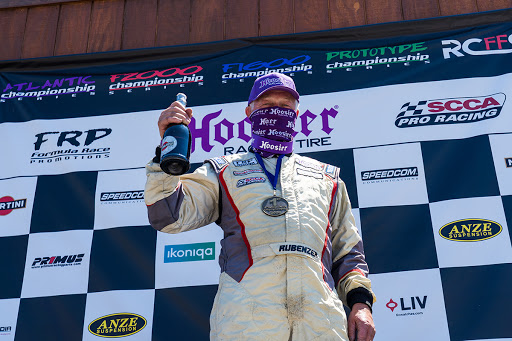 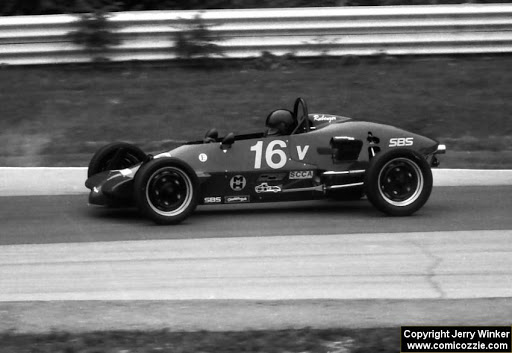 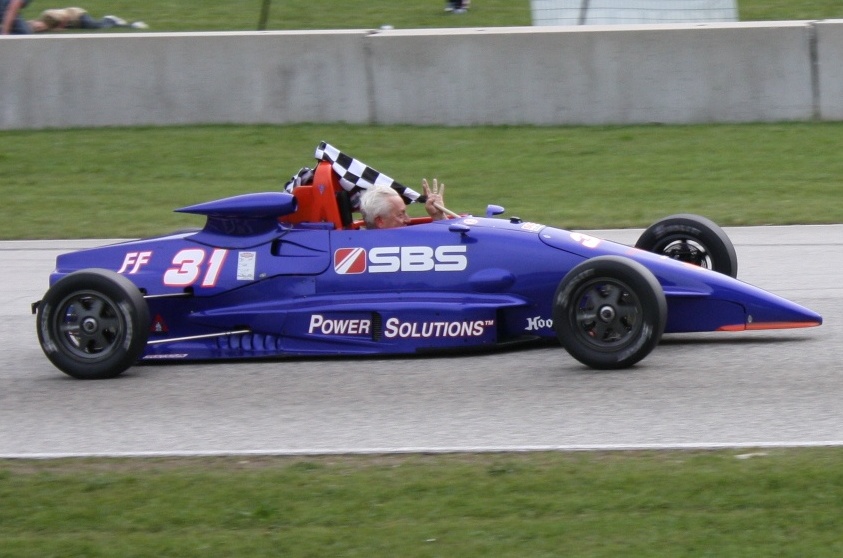 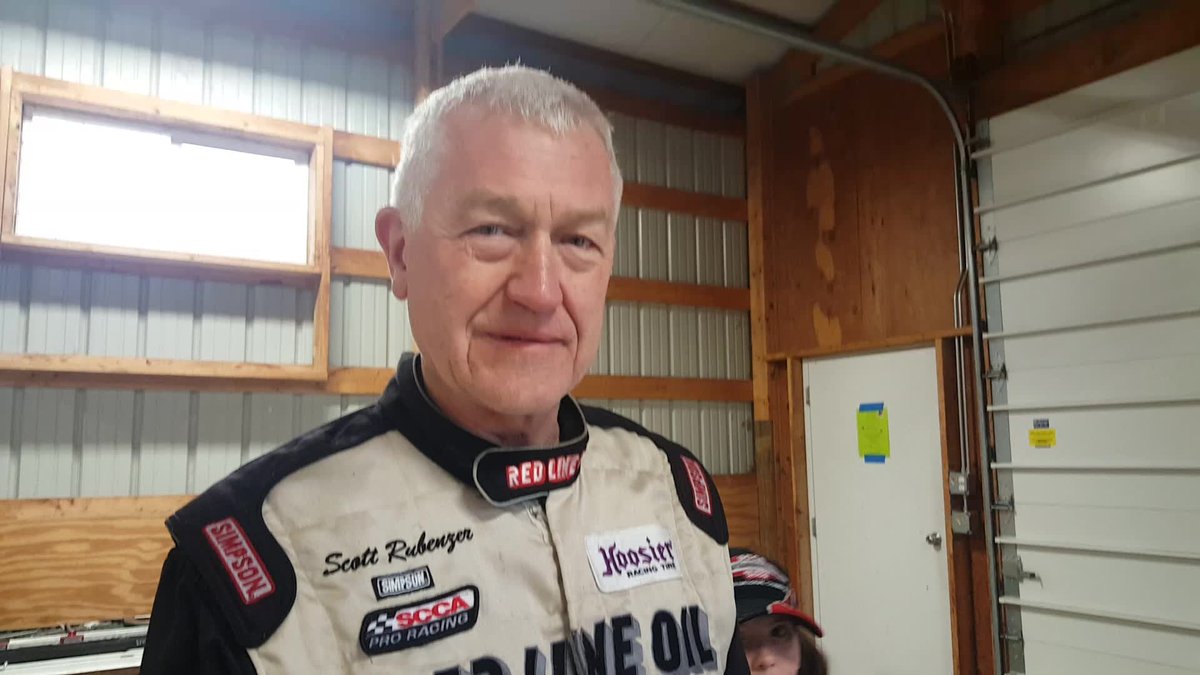 Scott Rubenzer competes in the F1600 division and at the young age of seventy. Hooked on motorsports since the first time his dad took him to a race, the first time he stepped behind the wheel was when he was ten and entered his first karting event.

“I think I ran three or four races before I crashed and required about 40 stitches to repair my arm,” explained Rubenzer. “That ended the family karting days pretty quick.”

With his karting career over as quickly as it started in 1960, the year also marked the beginning of the Vietnam War. By the time 1980 rolled around, Rubenzer had raced motocross four years and started to compete in Formula Vee all while he enlisted in the Army Reserve. Meeting his wife and becoming a father, he started a part time job which quickly became a career in the battery business.

Rubenzer added, “In the year 2000 the world didn't end as many predicted. I was still racing. Having run the Vees through 1986 then off for a couple years and then FC, I also restarted karting with my daughter. While she ran a Yamaha, I ran a shifter kart to make sure I was faster than she was. I remember running at Watkins Glen on a Saturday in FC car and driving straight home after that, arriving home at 6:00am, swapped trailers and went to the kart track. No sleep but we stayed in the points hunt! Great times.”

In 2010, Mr. Rubenzer managed to fall off the roof at his home shattering his pelvis, proving that home maintenance is more dangerous than racing. By this time Scott had become the president of Storage Battery Systems and retired from there in 2016, growing the business from five people to 92 at the time of retirement. The extra time off provided for more opportunities to go racing and Scott had been fortunate to have had some success throughout his career. Winning the SCCA Runoffs on two occasions, eight or so divisional championships and many race wins, Scott always chose the classes that had the most competition.

“My first race car was a McNamara Formula Vee followed by a Caldwell D-13 that I built from a kit, a Citation 84 V  that I won the Runoffs in, a Swift DB1 Formula Ford, a Citation Formula Ford, a Citation FC, a 94 Van Diemen FC, a Carbir FC, a 2002 Van Diemen Zetec, a 94 Citation Formula Ford that I ran the Runoffs in and my current Spectrum F1600,” added Rubenzer. “I also ran Mini Sprints on dirt for a season and practiced a few times in a 360 Sprint Car. The dirt stuff was fun, but I was too old to take it seriously. I also have done numerous motorcycle track days on a Honda CBR 600 that made into a race bike.  I ran competitive times but realized limbs take longer to heal in your golden years.”

Always prepping and maintaining his own cars, Scott enjoys that aspect of racing as well as the driving part of it. When he does need assistance, he calls on close friend Dave Bennett who enjoys racing as much as Scott does. Dave was a great driver when he competed and is always ready to dig in and help.

Rubenzer added, “Bottom line…I love all aspects of racing, all the different disciplines, the people, its history and its sounds and smells. I will continue as long as I am competitive.” 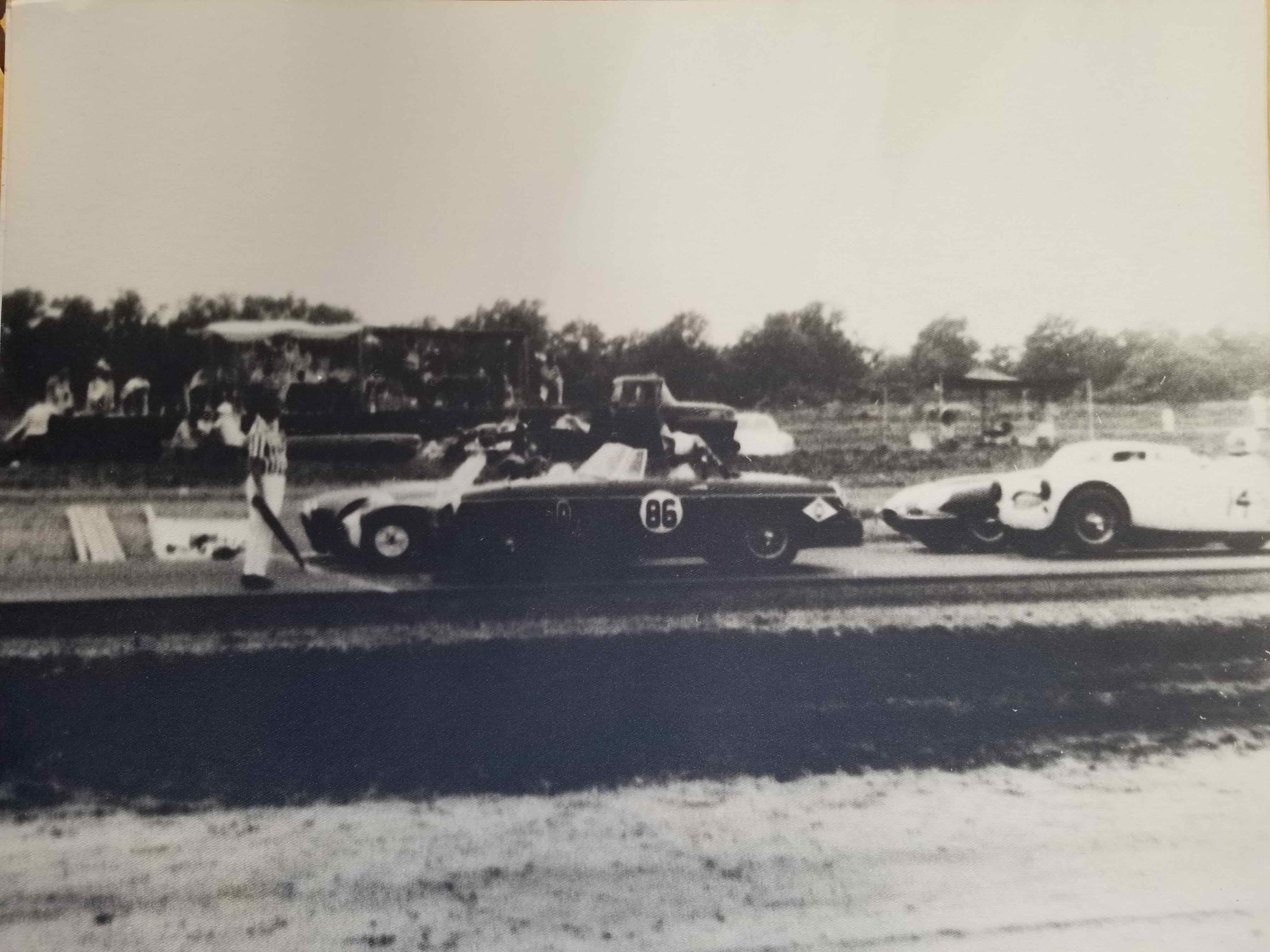 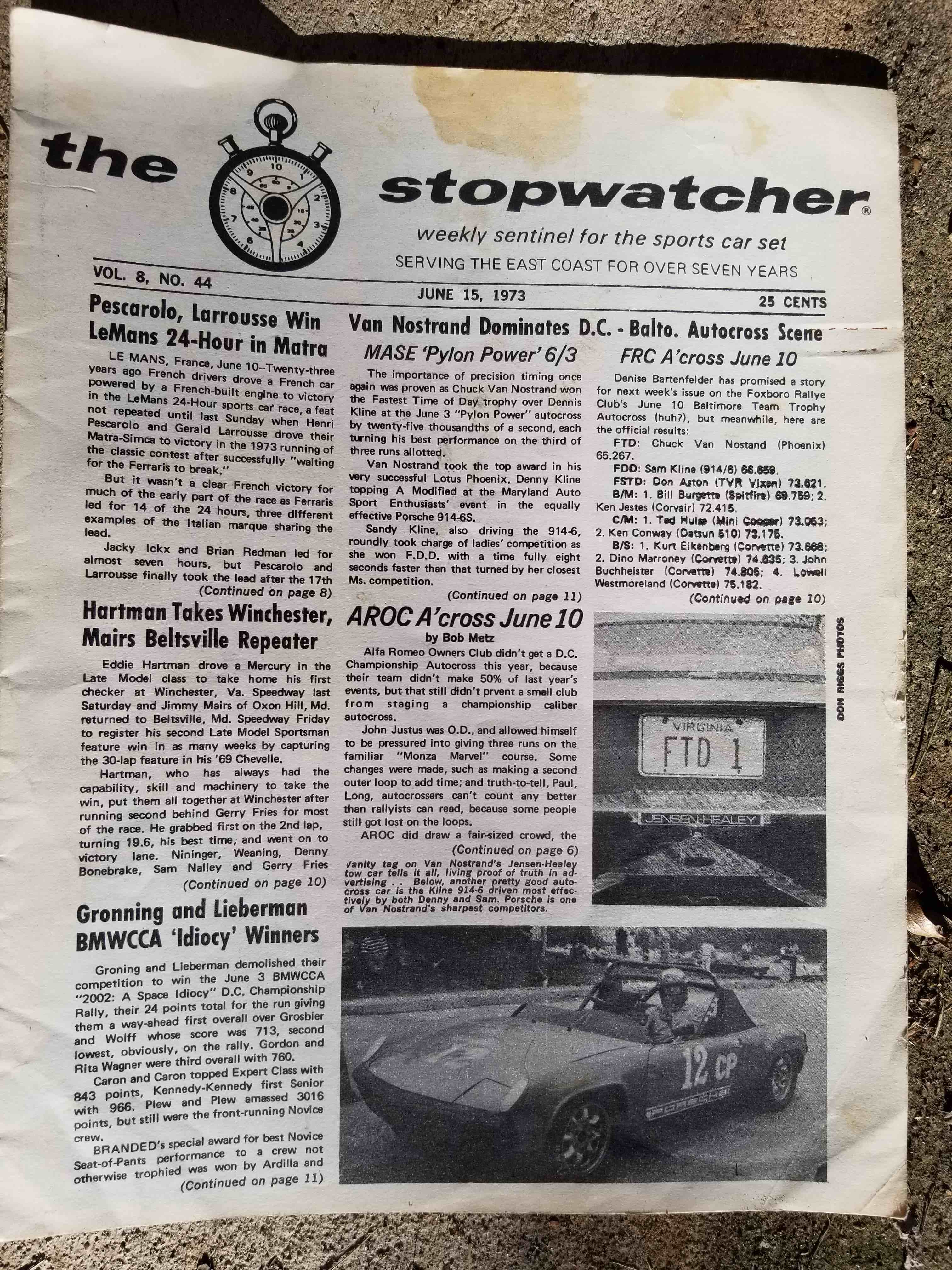 Now, one of the top RCFFS competitors, at the age ten and in 1953, Charles Van Nostrand didn't have a clue what was going on in the world. Living in Oklahoma getting ready to move to Pennsylvania, having already been in schools in Mississippi, Louisiana, West Virginia, and Pennsylvania, Charles was anxious to live in a location longer than a year or two.

Always a keen eye for cars, motorsports and vehicles of any kind, Charles purchased his first sports car in 1962, a 1955 Jaguar XK-140 for $600. Taking it to the track and winning at his first Gymkhana against a Mercedes 300SL and a Chevy II, the driver better known as Chuck was ready to continue his motorsports career and is still at it today.

“I have raced a lot of different things throughout my lifetime,” explained Van Nostrand. “Most memorable autocross years were in a 1961 MGA in 1964 and 1965 in the Washington, DC area. Also ran TDS sports car rallies as a navigator for AF Major Joe McCartan in his TR3-B. We managed a third overall as novices in the highly competitive WDC area. Raced a show room stock 1965 MGB in 1966 and 1967 in D Production. Snagged a second-place trophy at the Warbonnet Raceway near Tulsa, Oklahoma.”

Reliving memories after going through some older photos, Chuck describes his times behind the wheel back in the 60s.

“The photo is of the standing start of that race. I'm in car #86--remember Agent 86 from the TV show Get Smart? Today I sure wished I owned the cars in the first two rows. To my right is a Lotus Super 7 and a 427 Cobra on the pole. Second row is an Austin Healey 3000 also in DP and a Jaguar XKE. A well prepared TR4 was further back but ended up winning in DP. Darn, he almost always broke, but not this time.”

In 1972 Chuck built the "Lotus Phoenix" from a 1970 Lotus Europa. “Did quite well in auto-crossing and won the SCCA national autocross championship in BMod that year,” he added.

At the age of 30, Chuck was at the beginning of an Air Force hardship tour in Honolulu.  Coming back to the continental United States two years later, he would win a number of FTDs in the Phoenix area. At the age of 50, Van Nostrand had already retired from the Air Force and was temporarily out of all automotive competition, but the drive for speed and competition continued.

“I managed to win several races over the years, but not any in the last few years. All my adult life I've enjoyed automotive competition. The feel of victory and, of course, the agony of defeat. I've always done it on a shoestring. Not really through necessity, but that is just my nature. Now at age 77 I can't say that I still have the absolute thrill of being on the track that I had the first few years in the Zink or the MG, but it comes close when I'm wheel-to-wheel with another car, especially if it is against an upcoming young gun.”

Van Nostrand added, “I'd like to thank Grant Reynolds, Joe Marcinski, and Ted Eller for their help and advice over the years. Special thanks go to Joe Marcinski and Mike Rand for breathing life back into formula racing through RCFFS and to FRP for continuing with the series. Most of all I'd like to thank my crew chief Phyllis without whose help, I couldn't have raced.” 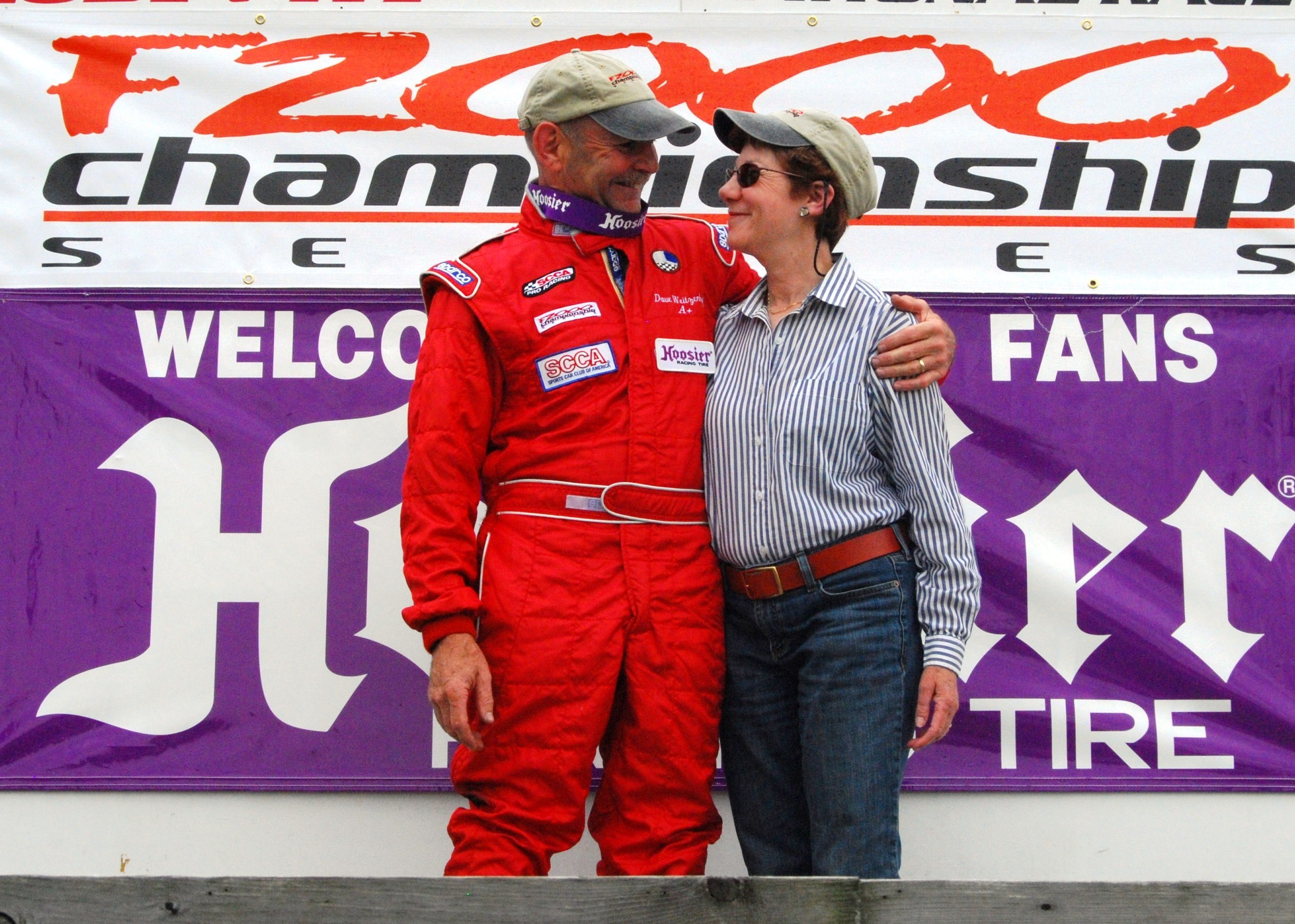 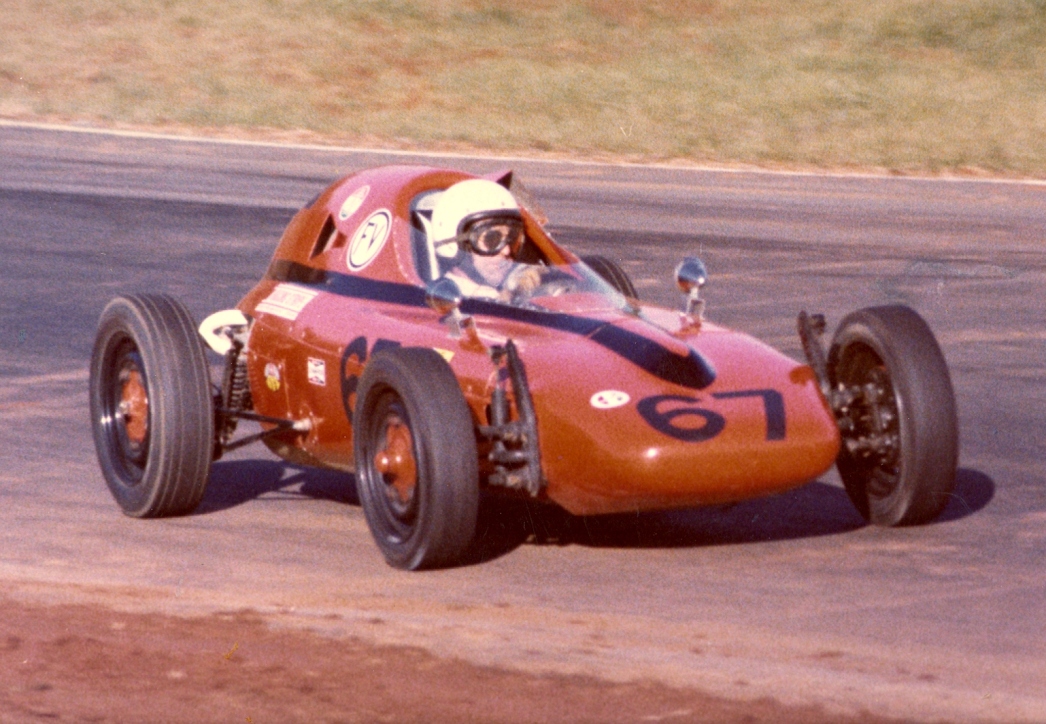 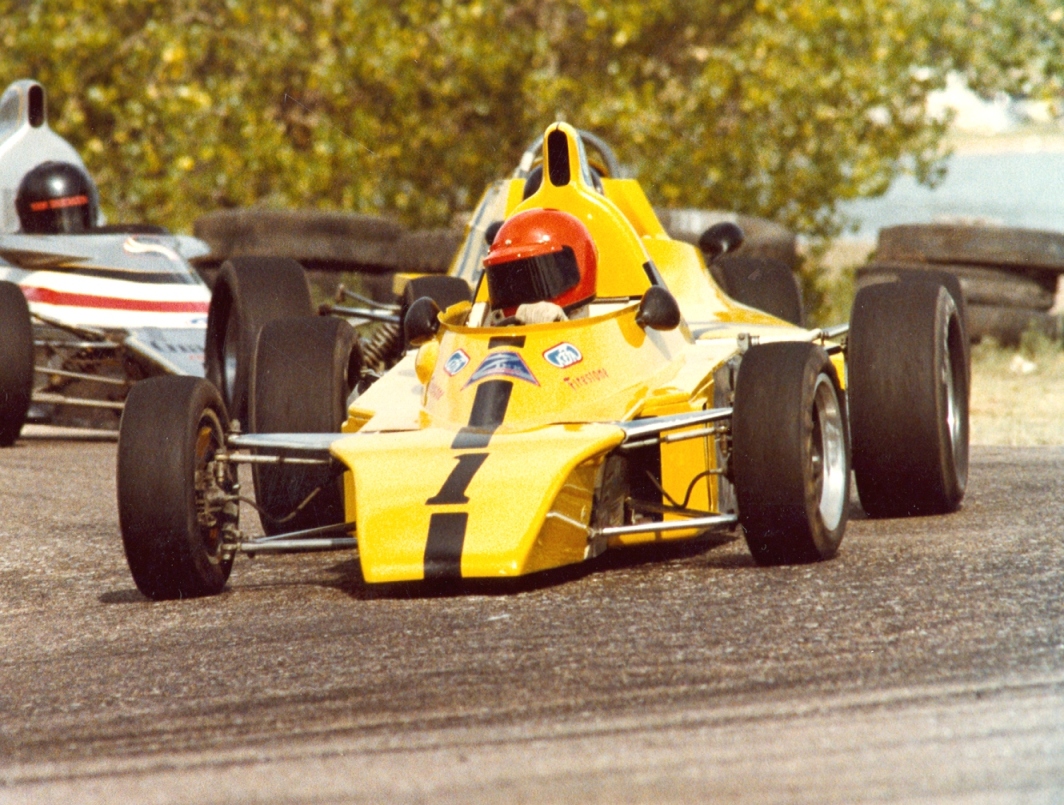 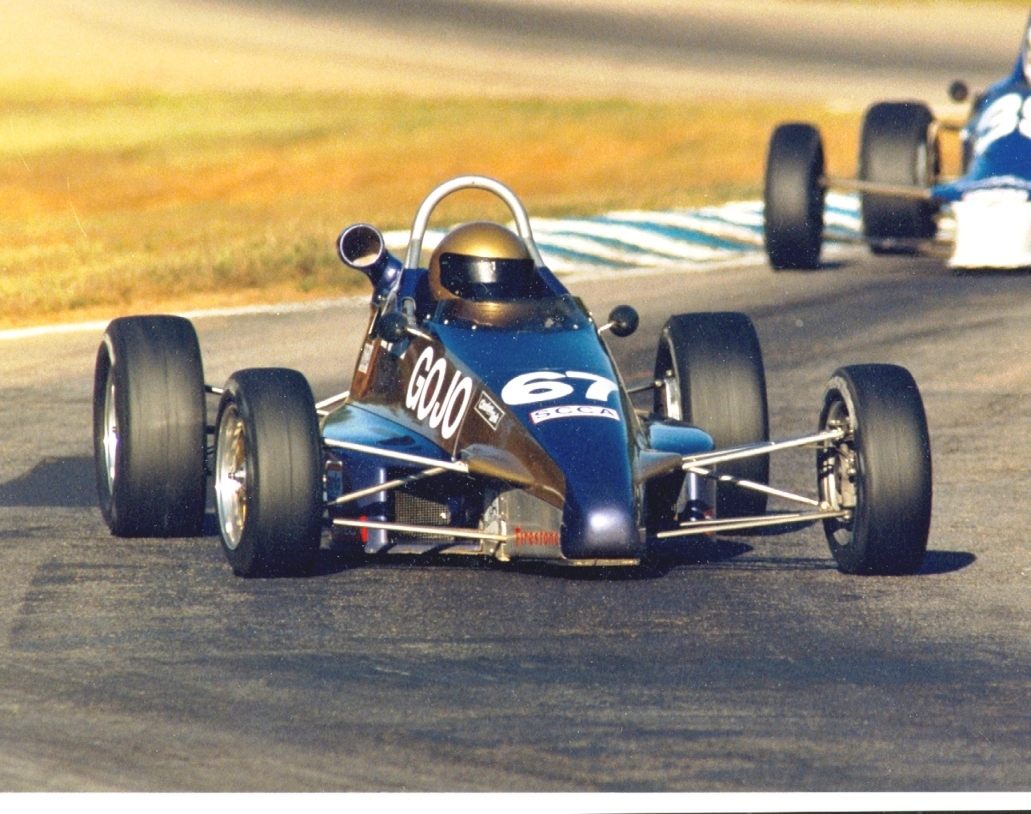 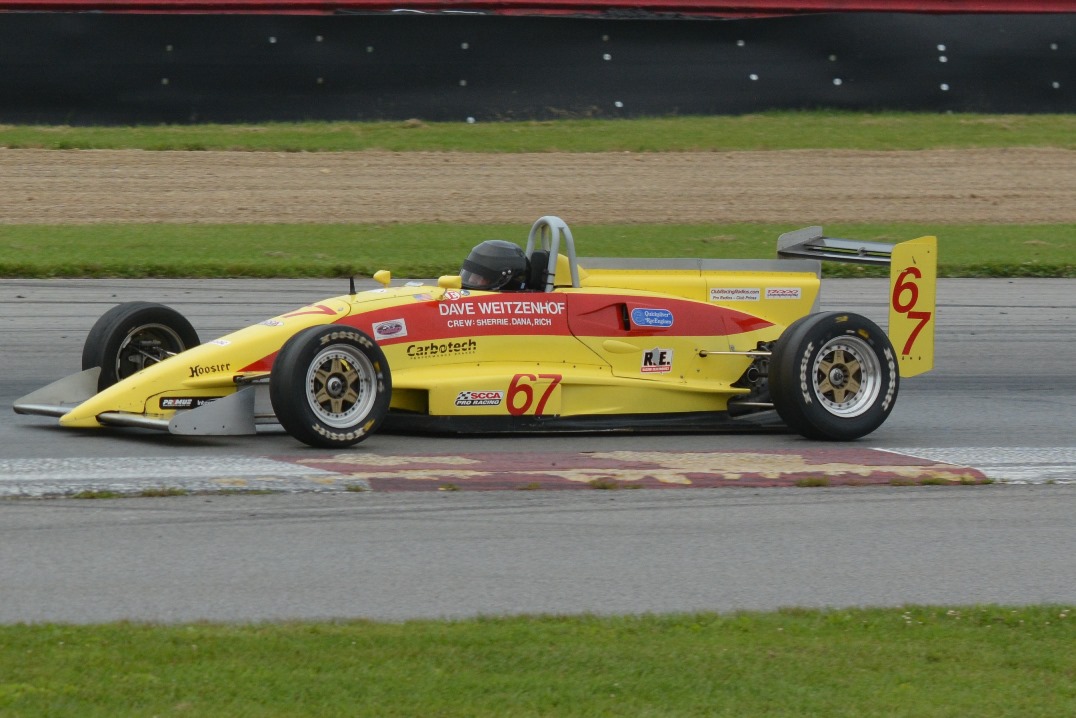 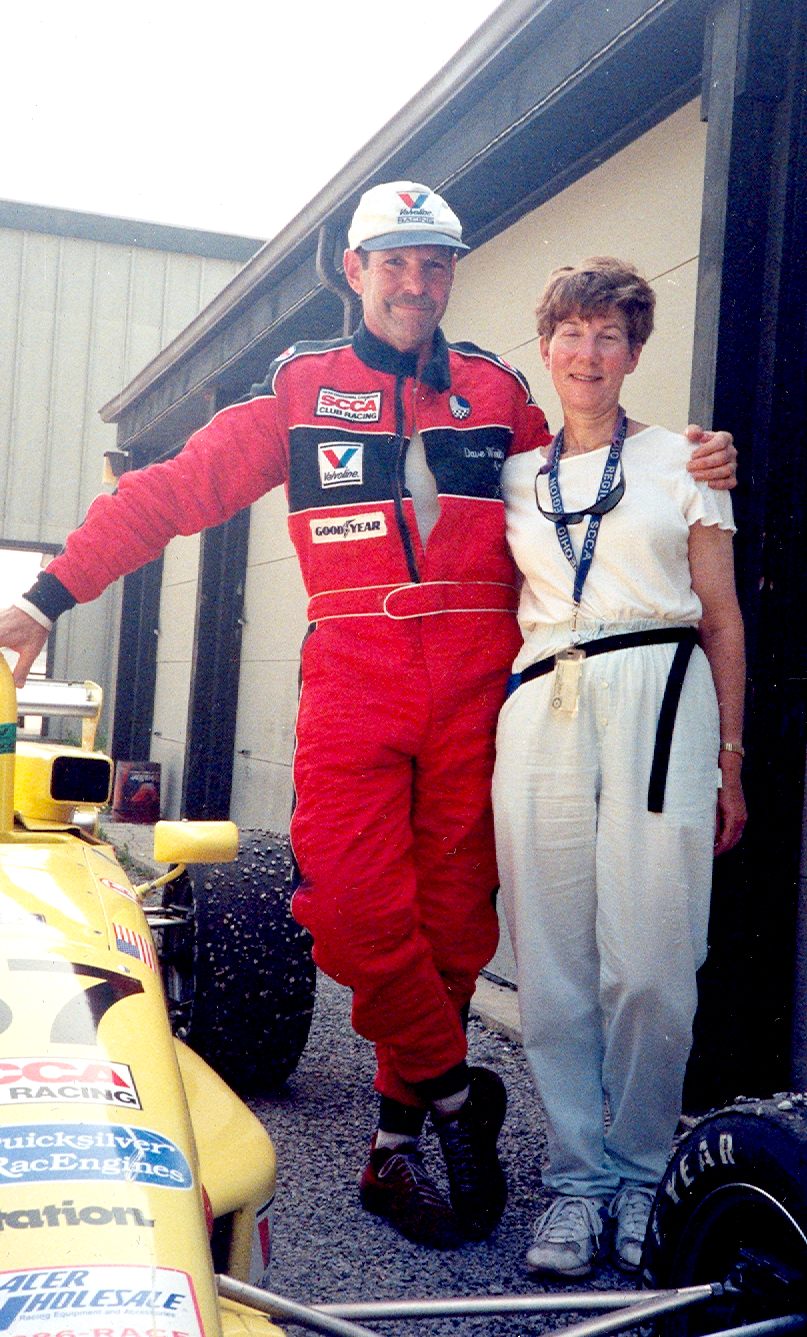 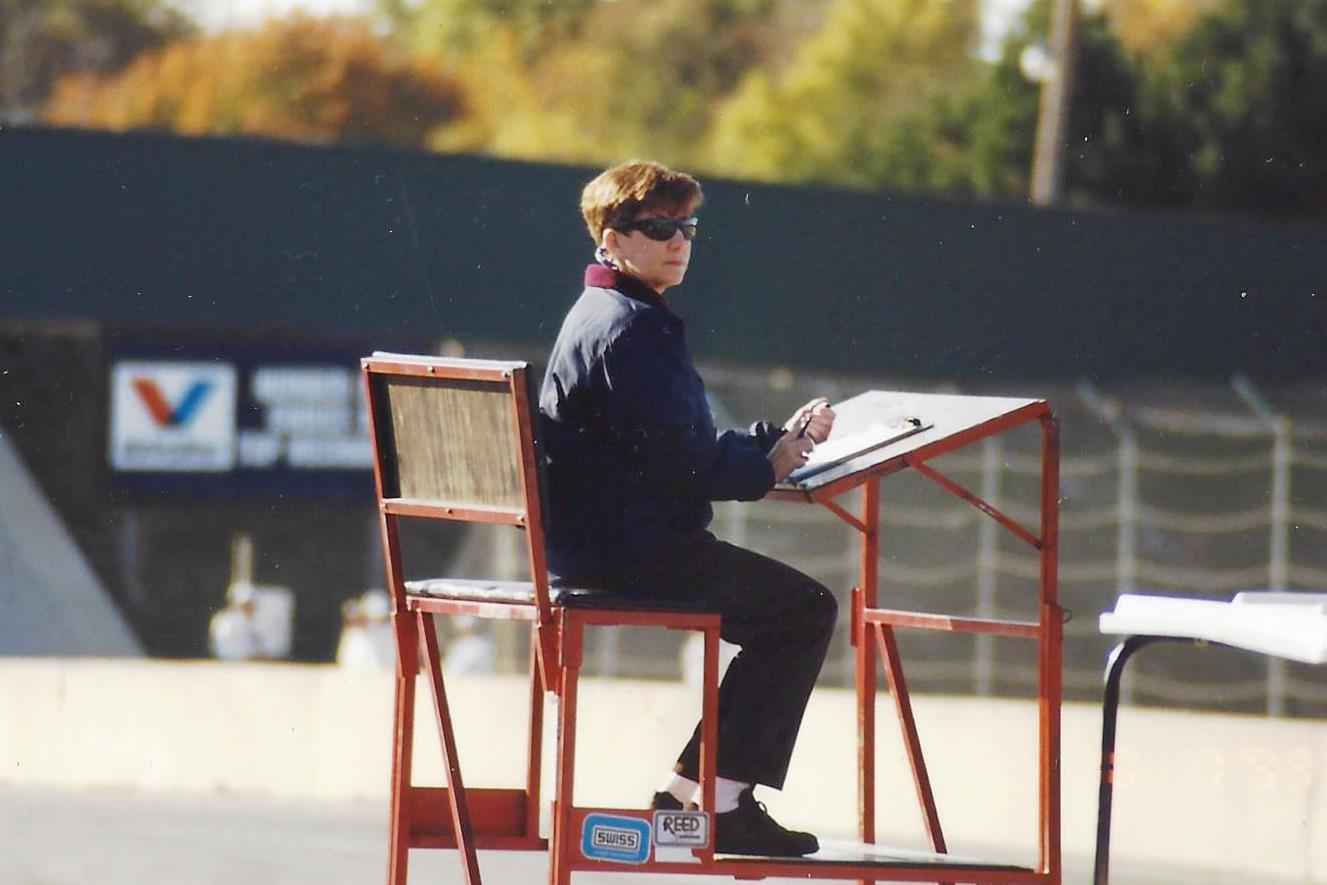 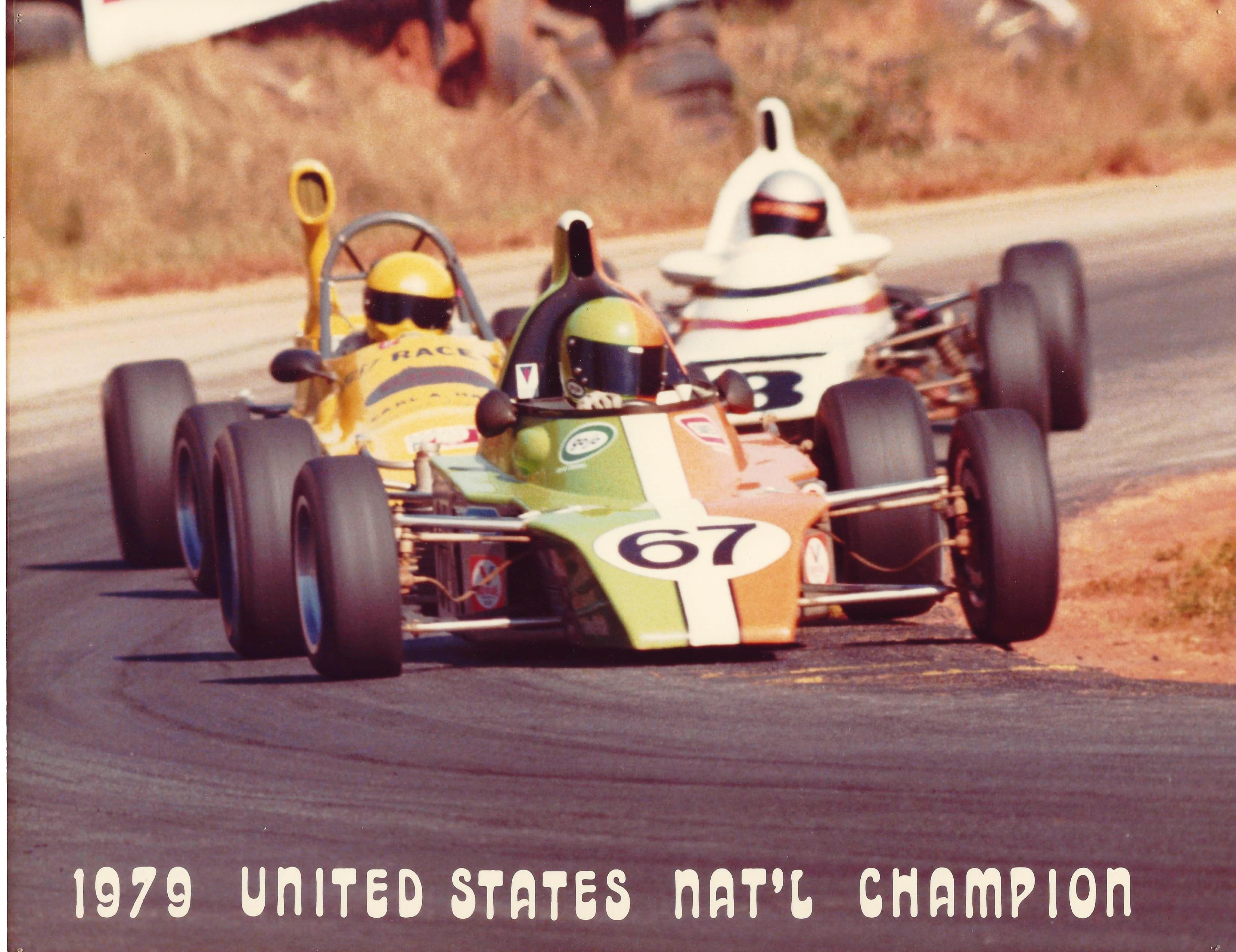 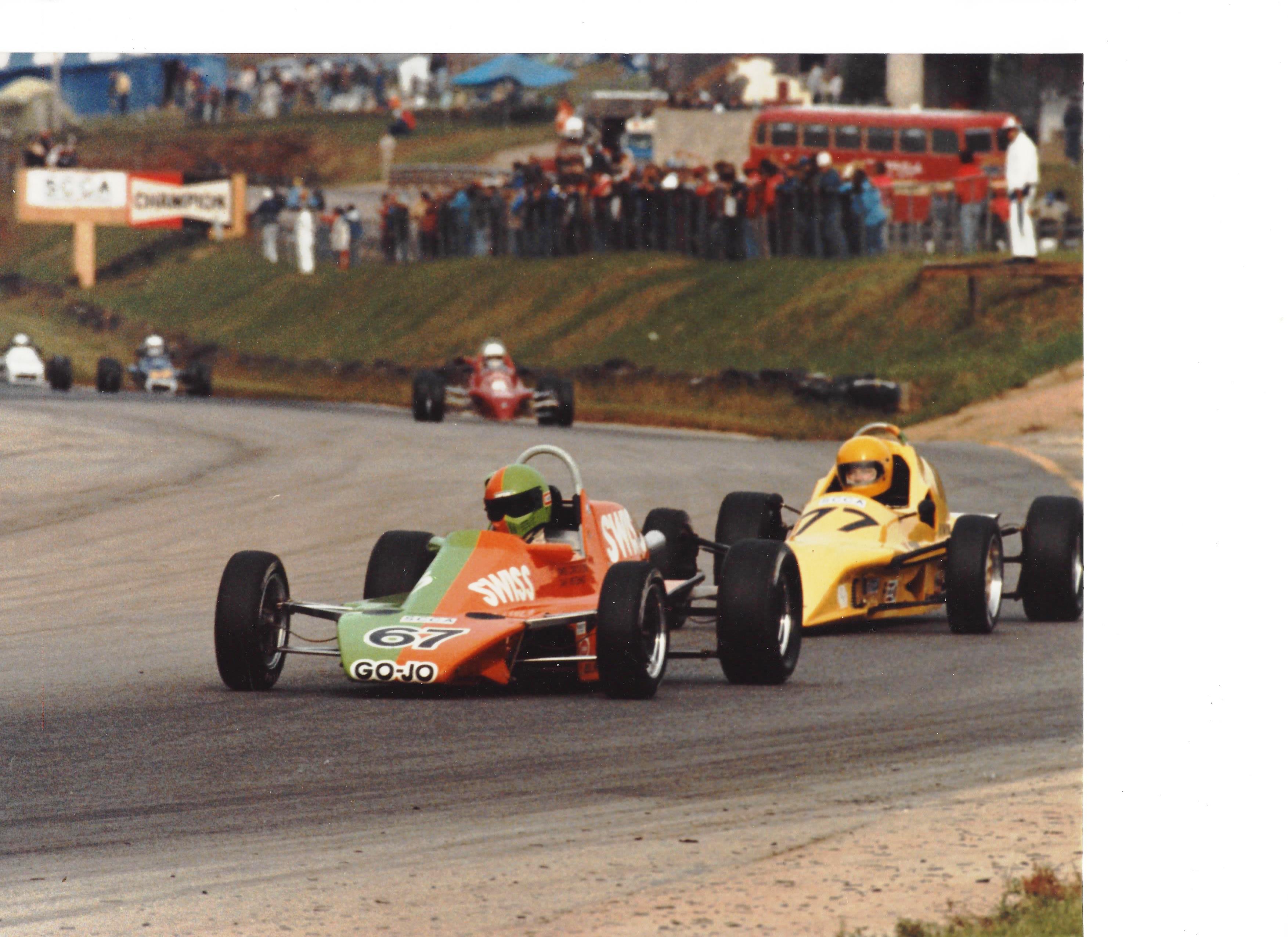 With several championships and more than sixty track records, Dave Weitzenhof has several major race wins as he continues to top the time sheets in the FRP promoted F2000 Championship Series. Beginning his racing career in 1968 in the Formula Vee ranks, Weitzenhof travels the Formula Race Promotions program with his SCCA Hall of Fame wife Sherri.

“My current car is my 1995 Citation 95SFZ, which was built in 1994 with a Pinto engine and modified many times over the years, but the frame is still mostly original,” expressed Weitzenhof. “Our (my wife Sherrie and me) team is Weitzenhof Racing. I do all my own setup (with advice from Steve Lathrop of Citation Engineering) and almost all of my own maintenance in my shop behind my house. I am the chief mechanic and race rig driver. I am the definition of a do-it-yourself racer.”

With a racing history spanning from 1968 to today, Weitzenhof has competed around the globe. From 1968-1972, Dave was a frontrunner in SCCA Formula Vee while making the switch to Formula Ford, S2000, S-S Endurance and IMSA GTP/GTU. From 1988 until 2010, Weitzenhof competed in Formula Continental (F2000) plus Formula Ford, Formula Vee, and several other classes. Stepping up to F2000 in 2009, Weitzenhof Racing has been a fixture in the class for the past ten seasons and shows no signs of slowing down.

Above and beyond his racing duties, Dave Weitzenhof was a Test Driver for SCCA Sports Renault (Spec Racer) Development Program in 1984 as well as an Engineer for Indy Regency Racing’s Indy Lights Team in 1997.

Currently retired from his engineer position at Bridgestone Americas Research, Akron, OH, Weitzenhof has a Ph.D. in Engineering Mechanics, Case Institute of Technology. With a long list of achievements, Dave Weitzenhof is one of the legends of the sport.

‍2020: Inducted, along with my wife, Sherrie, into the SCCA Hall of Fame

Weitzenhof added “There are a long list of people to thank for my long racing career but first and foremost my wife Sherri who has been there forever. Most recently, Citation Engineering and Quicksilver RaceEngines for all of their help and support.”

“We always talk about the future of our sport, the young guns, the next ones but it is cool to look back at the careers of the veterans,” added FRP’s Bob Wright. “We are happy to have Scott, Charles and Dave racing with us and hope that others will continue the legacy of competing well into their retirement years. It is great to see these guys on track each and every race weekend as they bring a different dynamic and element to the FRP program. While a lot of today’s racers arrive, drive and wait for the next one, Scott, Charles and Dave live and breathe the sport, work on their own equipment all while having some of the best moments of their lives. FRP truly is a family atmosphere and these guys earn the title of Grandfathers.”

As we wait for the calendar to turn and a new season to start, Formula Race Promotions invites you to send us your story ideas to Media@RaceFRP.com.

Please remember that all series news, information, results, photos and PR will be communicated through our social media pages listed below. Be sure to tag FRP in any and all posts to help us have the ability to promote you.

For questions, comments or concerns, please feel free to reach out to Bob Wright RobertW@RaceFRP.com or Clay Hutchinson ClayH@RaceFRP.com. For media inquiries, please contact us via email to Media@RaceFRP.com.